There aren’t many more exciting days in the year than “New Bike Day”. As much as we would like every day to be new bike day, this just isn’t possible.  Unfortunately due to budget, space, and other constraints, a lot of people go a very long time without being able to purchase a new bike. However, this doesn’t necessarily mean these people can’t experience some of the joys a new bike brings. Sometimes you just need to look to your basement, garage, or storage space to find a forgotten or neglected older bike which would be a good candidate for an overhaul or rebuild. Most of the time you can change around an older bike you don’t really use much anymore and repurpose it into something that rides and feels like a new bike again for a fraction of the price of a new bike.

Over the past couple of months in the shop, we have been doing this to quite a few bikes. We have had a matching pair of older Raleighs belonging to different owners come through recently. Looking at the history of the older bikes is pretty neat. Doing a small amount of digging online, you can even find a scan of the original 1978 catalog. The two bikes owners had different ideas about how they wanted the bikes to turn out.

The first owner bought the bike from a local shop in the late 1970’s, and has been riding it ever since. He didn’t really want to change much on the bike, he just wanted it to be a reliable, nice riding bike again. One of the great things about high-quality, older, steel-lugged bikes is that if taken care of, they will almost last forever. The paint job on this bike shows it’s age and use, but after a complete overhaul, cleaning, and a few new parts, this bike is ready for many more miles of riding. The shifting system on this bike is much simpler than modern, integrated shifters,and if taken care of will function forever. The bearing systems on the bike are all cup-and-cone, meaning that they can be easily overhauled with fresh grease and ball bearings if needed. Some high-quality, modern brake pads installed into the calipers will improve stopping power, and some fresh bar tape and new rubber hoods for the brake levers make the cockpit of the bike feel brand new again. The customer already had a nice Brooks saddle on the bike, which just makes sense on an older, made in England Raleigh. New tires round out the overhaul. Pasela PT tires by Panaracer are one of my favorite tire upgrades for a bike like this. The skinwall retains the classic look, the aramid puncture resistant belt helps out a lot for flat protection, and the tread pattern is perfect for city riding. This customer opted for the 700x25mm version of the Pasela PT, which is a good compromise between low rolling resistance and decent pinch-flat protection.

The second bike is a great example of repurposing a bike to bring some new life into it. The owner had received the bike as a hand-me-down in the 1980’s,and had raced on it a little bit in the early 1990’s. The owner had raced bikes until a few years ago, and also owns a modern, high-tech racing bike. The older Raleigh had been in storage for a long time not really being ridden because it couldn’t compare performance wise to the modern racing bike, and also it had old, tubular tires glued onto the wheels. The owner wasn’t really interested in gluing expensive tires onto the rims and then riding around in the city on them. It was decided to install an upright cockpit, rack and full fenders, and rebuild of the wheels with clincher rims and larger tires. This would transform the bike from an old racer into a very functional city commuter. The original Campagnolo hubs were re-laced into new Sun CR18 polished rims using double butted Wheelsmith spokes. The SunCR18 rim is an affordable, eyeleted rim which retains the classic look of the bike. Double butted spokes were used to save a little bit of weight and  give the wheel some elasticity for riding on rough city streets. We use Velo Orange parts a lot in the shop. Velo Orange makes quality, functional retro-style parts which work great for repairing older bikes, or retaining that classic style on brand new bikes. Velo Orange hammered full-fenders were chosen to provide good coverage from the rain and also give the bike a stylish look. It was a tight squeeze getting the rear fender to fit on the frame, but it just barely made it. The original drop handlebars and brake levers, while high quality older parts, were swapped out for more comfortable upright bars and mountain bike brake levers. The new upright riding position will give the bike a little more comfort, control, and a better view in traffic when riding in the city. A basic, chrome rear rack was installed on the bike to accommodate using panniers. Once again, Panaracer Pasela  PT tires were used, this time in 700x28c to give a little more traction and pinch flat protection. 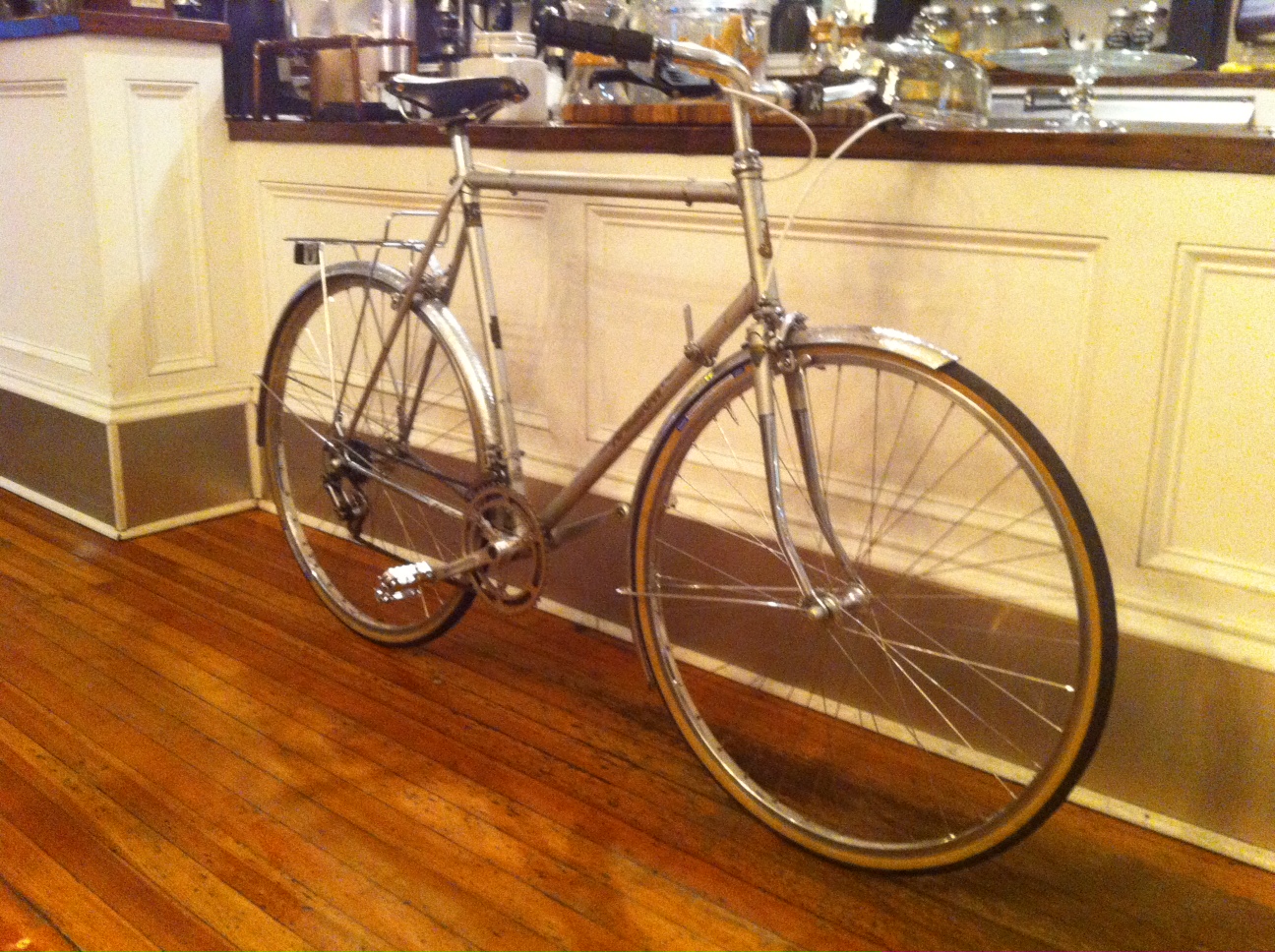 Another nice bike re-build I have done recently is this old Bridgestone. Bridgestone made some really cool bikes in the 1980s and early ‘90s, and many of their models make perfect city commuting bikes. This customer took some of the parts from his old commuter bike, which died, and had me install them on this Bridgestone he had lying around. He also replaced some of the original drivetrain components to give the bike a 1x9 drivetrain. This will serve him well for biking around the Chicago area. 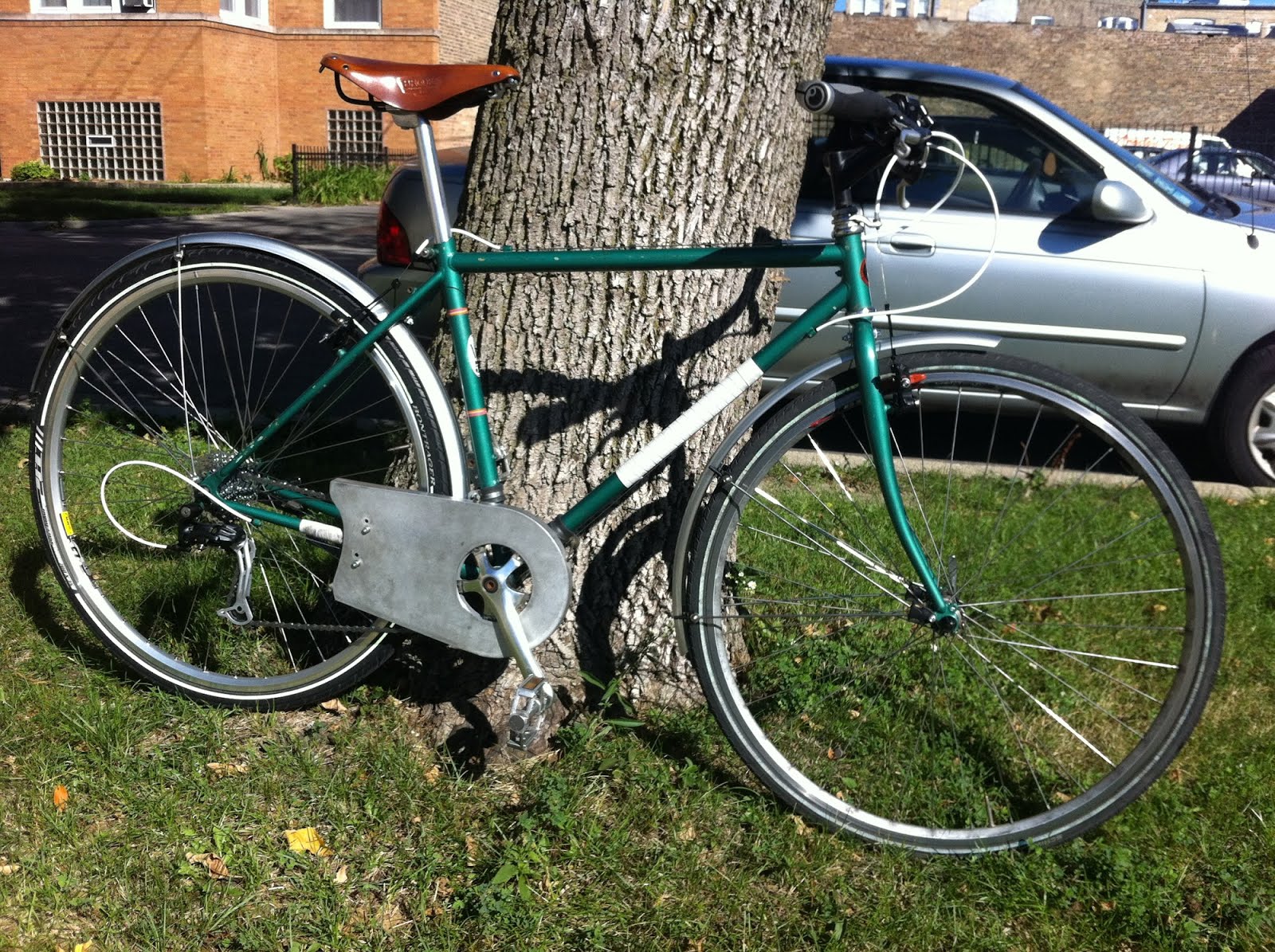 We do free assessments for service work at Heritage Bicycles. If you have an old bike hanging out feel free to wheel it into the shop. We would be happy to talk to you about upgrading, rebuilding, or tuning up your old bike and making it feel like a new bike again.

I'm reluctant to say this, but Winter is coming. Tough pill to swallow after the wrath of the last one, I know. For some of us, riding our bikes is everything. From commuting, to racing, to ...

"We Can Be Heroes Just For One Day" ~ David Bowie

Yesterday I was forwarded an email from a customer. Unfortunately, the content of the email was all too familiar to a bike shop worker in Chicago. It read in part: “Hope you're well and enjoying th...